In Memory of Patricia McFarlane Young


Patricia McFarlane Young, who lived an adventurous, unconventional life guided by her generous spirit and sense of humor, died on December 8, 2017 in Tacoma, Washington. She was 87.

Pat was born and raised in Flint, Michigan when it was a thriving hub of the automotive industry. “I grew up on the Eastside and recall the unexplained pride I felt when the 3:30 Buick factory whistle blew and the roughly dressed workers poured out of the General Motors’ labyrinth swinging their lunch pails,” she wrote in an essay about her early life. “Some were headed for home and some for the corner bar, but all with the determined step of an army after a battle won. I somehow felt as if I were a part of this giant assembly line and the city it fed.”

But she also knew there was a bigger world beyond Flint, and she was eager to explore it. “Nostalgia, I’m sure, is the opiate of old age,” she wrote. “Memories over ten years old automatically become the ‘good ol’ days. We remember only the happy things and leave the shaded areas behind. And yet, faintly sifting through the sands of time, I seem to recall saying, ‘The day I’m 18, I’m leaving this town.’"

After graduating from Central High School in 1948, she lived in Detroit in the early fifties, where she fell in love with jazz and a jazz musician or two. She moved to New York and became a department store model at Bergdorff Goodman’s and a regular at clubs like Minton’s Playhouse when Bebop was exploding. She had great stories about seeing legends like Charlie Parker and Dizzie Gillespie perform. She remembered loaning saxophonist Gerry Mulligan money to buy coffee and a newspaper early one morning in Harlem. “He still owes me a dollar,” she said.

Pat eventually worked for National Airlines as a stewardess — she wasn’t fond of the term “flight attendant” and refused to use it — and regularly flew out of Miami, Havana, and New Orleans.

Later, as a Navy wife, she set up houses all over the country — San Diego, San Francisco, Jacksonville, Florida, and Olathe, Kansas, to name a few — but she eventually returned to Flint. There was a part of her that was disappointed to be back, but she wasn’t the type of person to mope. As a single mother, she worked hard to create a stable, happy life for her four children. She was an admitting clerk at McLaren Hospital for many years, earning money to send her kids to college.

As a devout Catholic, she attended Mass at St. Michael’s and St. Mary’s. Her love of football was intertwined with her faith. She was a regular at Powers Catholic High School games when her kids were students. (The hot rum cider she brought to Friday night games in a thermos was legendary in the parents’ section of the bleachers.) And she energetically watched Notre Dame football after dutifully placing a small statue of the Virgin Mary on top of the television before kickoff. That didn’t stop her from berating the refs when calls went against the Fighting Irish. Expletives were not always deleted.

She loved her parents, who moved to Flint from the cornfields of Iowa in the 1920s. She described her father, Verne McFarlane, as “my gentle hero all my life,” and credited her mother, Leone, with giving her the determination to deal with life’s setbacks. “Their love, and growing up in Flint, made me into a person who could handle tough times and appreciate what really matters,” she wrote.

Pat worked at Jacksonville University, organizing performances for the School of Fine Arts, after moving to Florida in 1986. It was the perfect situation for someone who, by her own count, had around 50 different jobs during her life. She enjoyed talking to agents in New York and getting updates on the places she remembered. Many were long gone, but not all of them. And she had an easy rapport with the performers, making them feel welcome in a way that the college professors could not.

After retiring, Pat put a lot of miles on a red pickup truck she called Bubba. She had taken more road trips in the last 20 years than most college kids, often driving from her home in Jacksonville to the family farm in Maple Leaf, Iowa. She slowly but surely restored the century-old farmhouse where her mother grew up. Pat had visited the farm for long stretches every summer as a child, so in many ways this was also home to her. She liked the solitude, and she looked forward to seeing old friends and relatives, people who had known her folks. She certainly wasn’t a farmer, but she understood the rhythms of life in small-town Iowa and liked being a part of it.

When she visited her kids on the West Coast, she drove cross country, lately with her 90-pound dog, Rob Roy, by her side. (He was a lovable guy, even though he looked fairly menacing.) She listened to unlikely musical combinations on her cassette deck. Frank Sinatra might share time with country singer Dwight Yoakam and Rod Stewart on a stretch of highway. She relied on a dog-eared atlas with handwritten notes detailing where to get blueberry pie in Montana or a good burger in Missouri. She knew where obscure Frank Lloyd Wright houses were located on her northern route. And she knew how to find the Palm Court Jazz Cafe when her travels took her to New Orleans.

Pat made these trips so often she had friends along the way, people she had quickly bonded with over lunch at a diner or during conversations in hotel lobbies. She even exchanged letters with some of them over the years. She could easily turn strangers into confidants. She was someone people liked to be around, an open, unpretentious woman who had a way of understanding what you were going through, whether it was good, bad, or in between. 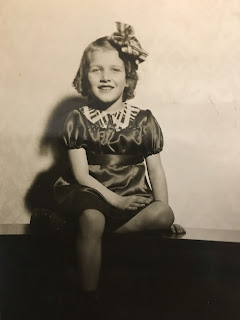 She spent the last few years living in Tacoma, Washington, where she could be close to her son, Matt, and daughter, Martha, who lived on the same street. She often talked about how much she loved her daughter, Catie, who lives in North Carolina. She got to see her grandkids and great grandkids regularly. This summer, she got to hold her newest grandchild, Larkin, when her son Gordie visited from San Francisco.

Pat often described herself as a dreamer. She admitted that she was always searching for something in life, even though she wasn’t quite sure what it was. (That’s probably the case for most people, if they are brave enough to admit it.) But she never stopped trying, and she never let the search overwhelm her. She maintained her independence, her intense love of her family, and her kindness for those who were struggling until the end.

It’s hard for her children to imagine life without her. But she taught them that sometimes the hardest things in life can be the most meaningful, and that our memories of those we love can continue to guide us and comfort us.

We love you, Big Mama.

Pat is survived by her daughters, Catherine and Martha (Patrick), and her sons, Matthew and Gordon (Traci). She is also survived by her grandchildren Claire, Grace (Michael), Hannah, Dylan, and Larkin, as well as her great-grandchildren, Violet and Cash. She was preceded in death by her parents, Verne and Leone McFarlane.

The Streets of San Francisco 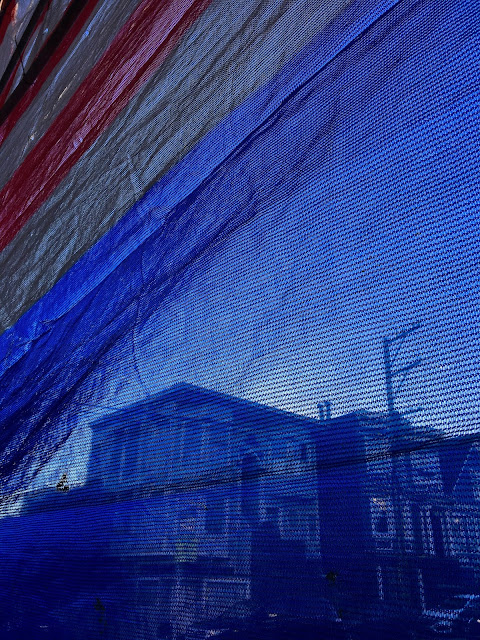 Labels: the streets of san francisco

The Flint Effect and Unsolved Homicides